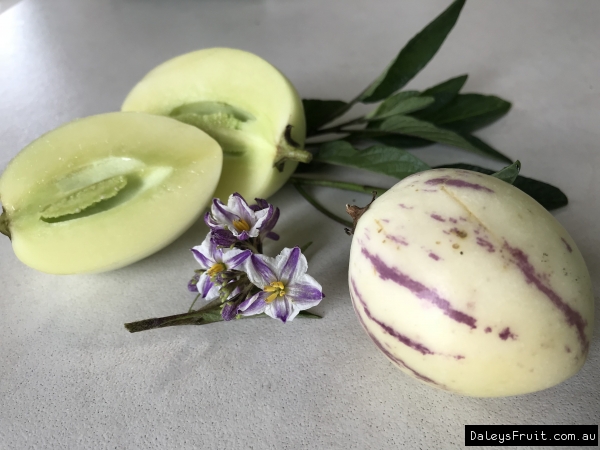 Small bush rarely above 1 m tall with yellow fruit stripped purple up to 10cm. Flavour is like a juicy rock melon. Only pick fragrant, slightly soft fruit which are ripe. 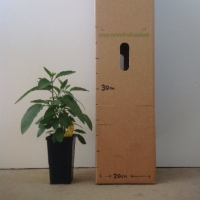 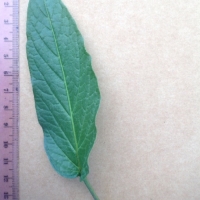 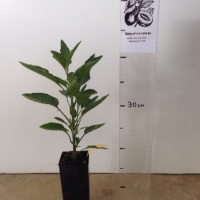 Tree Information on growing, planting, pruning, maintenance, ripening, taste, pick or bonsai tips. But mainly how to grow a Pepino - Kendall Gold Share Your Advice or ask questions on our Forum

A very frustrating fruit. It grows well here but the fruits are susceptible to every known pest and disease,especially fruitfly. Only for those who can give it daily attention and protection. | Ken Lovell - Poona, QLD 24-Oct-2017