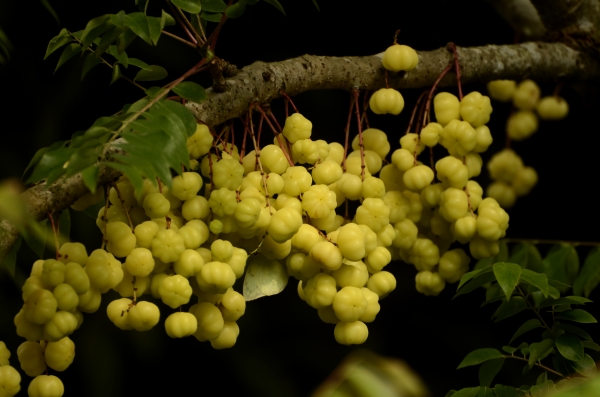 This interesting and ornamental small tropical tree features a bushy crown, red flowers and abundant waxy yellow fruit. It is popular for its medicinal values and as an ingredient in sweet relishes and preserves in its native region of, India and Madagascar. Its popularity has spread it widely throughout Asia and the Pacific and occasionally spotted throughout Central America. The young leaves are also cooked as a green. While tolerant to most soil types, it prefers moist sites in the full sun in the sub/tropics. Also know as Otaheite Gooseberry or Tahitian Gooseberry 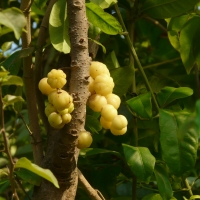 Tree Information on growing, planting, pruning, maintenance, ripening, taste, pick or bonsai tips. But mainly how to grow a Star Gooseberry Share Your Review & Advice or ask questions on our Forum

I have made jam with the juice from the berries, and when cooked, strain the juice,discard the fruit, the remaining juice turns a rosy pink in colour and resembles a taste similar to Rosella Jam. I just used the same recipe as for Rosella Jam. Excellent!! | Marion Struckel - Greenvale. 4816, QLD, 29-Jul-2009

Stew with apple and lots of sugar and it will taste like stewed Rhubarb | Megan Osmond - Adelaide, SA 08-Mar-2007

Photographs thanks to TROPILAB INC.