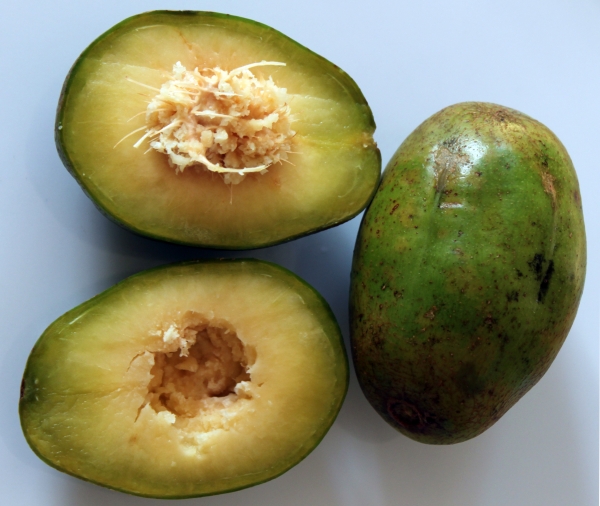 The Ambarella also known as the Hog plum or Golden apple is one of the newer fruits on the ever expanding list of exotics quickly gaining in popularity. Despite being tropical the ambarella has proven to be quite hardy and are very fast to become established in the subtropics and fruit begins to appear after only three years. Uses This pleasant tasting acidic fruit has a pineapple-mango flavour and a crunchy texture. The part nearer to the peel is quite sour getting sweeter near the seed. The ripe fruit is also much sweeter than the less mature green fruit. The fruit is quite nice eaten fresh, being referred to as the travellers delight in some countries because people are often seen munching on them, and is often used for making delicious jelly, pickles, relishes, soups and stews. The fruits yield a delicious juice, which can be made in to drinks and sherbets or mixed with other tropical fruit juices to enhance flavour, aroma and taste. A versatile tree, the young ambarella leaves can be consumed raw. In Indonesia, they are steamed and eaten as a vegetable with salted fish and rice and in Sri Lanka the raw fruit is mostly eaten fresh and cooked as a curry with chilli. The fruit is considered to be a good source of vitamin C and it is suggested that is has some value in aiding diabetes, heart ailment and urinary troubles. Description This highly ornamental tree is a rapid-grower reaching a height of 12-to18 m with upright growth. Deciduous in habit, its leaves turn bright yellow before falling in the cool season. The small white flowers are borne in large bunches with male, female and perfect flowers within each cluster. The long-stalked fruits dangle in bunches of a dozen or more. While green the fruit will fall to the ground over a period of several weeks. As they mature the skin turns golden-yellow with an orange-yellow pulp surrounding a single large spiny seed. When ripe they have a pleasant pineapple-like fragrance. Growing conditions Like the Mango, the tree thrives in humid tropical and subtropical areas growing up to 2 metres in a single growing season. It grows on all types of soil, as long as they are well drained. It has been noted that some trees can suffer from some nutritional disorders if the soil is too alkaline. Trees are cold sensitive when small and should be protected from serious frost and strong wind. Trees do best in full sun, but will produce some fruit in light shade. As a large and vigorous tree they prefer not be planted underneath other large trees and unlike some mango varieties they are not too fussed on salt spray. 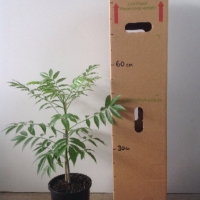 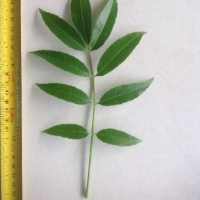 Tree Information on growing, planting, pruning, maintenance, ripening, taste, pick or bonsai tips. But mainly how to grow a Ambarella Share Your Advice or ask questions on our Forum

Is fruiting well in minimum 7 degrees temperatures in Sydney . Are sweeter and better tasting and have smaller seeds than the fruit in Bankstown's vietnamese fruit shops. | R O L F - Bankstown, N S W 25-May-2006

My tree has been in the ground full sun plenty of water and feed for abt 4months and has literally doubled in size and then some!! | S.l. - Quakers Hill, NSW 03-Feb-2009

Planted 2004,now it`s almost3.5m and last november start bearing fruit,now the fruit is not ready yet and size of the fruit is as big 14cm in dia and still growing | Bryan - Southern River, PERTH 21-Mar-2010

I have an ultra dwarf ambarella that fruits prolifically and continuously and stays under 1.5m. Seedlings fruit at under 30cm and within a year of germinmation. | Mike Trenerry - Cairns, QLD 10-Jun-2011

This fruit is very unique, in the sense that, its skin is lemony and the pulp is sweet and slightly acidic. Jams and chutneys are made from this fruit, by the Sri Lankan people. The seeds are protected in a fibrous cage that resembles a sea urchin. The in | Dominic Shelland Outschoorn - Mill Park, VIC 23-Jul-2014

We eat this fruit in Sri Lanka and is delicious green not golden yellow. Green but not too green meat is firm and not mushy. | Roshini Suehiro - Aiea, HI 15-Mar-2017