This is not a true garlic but forms a bulb consisting of very large, garlic-like cloves. The flavour of these, while not exactly like garlic, is much more similar to garlic than to leeks. The flavour is milder than garlic, and much more palatable to some people than garlic when used raw as in salads. The mature bulb is broken up into cloves which are quite large and with papery skins and these are used for both culinary purposes and propagation. There are also much smaller cloves with a hard shell that occur on the outside of the bulb. These are often ignored, but if they are planted, they will the first year produce a non-flowering plant which has a solid bulb, essentially a single large clove. The plant, if left alone, will spread into a clump with many flowering heads. These are often left in flower gardens as an ornamental and to discourage pests. 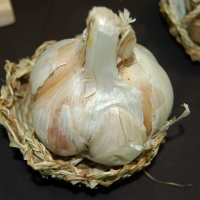 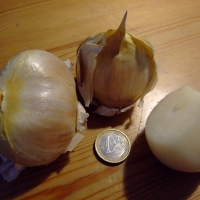 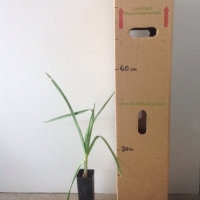 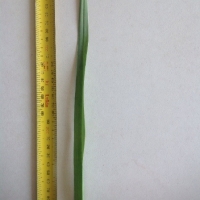 Tree Information on growing, planting, pruning, maintenance, ripening, taste, pick or bonsai tips. But mainly how to grow a Garlic - Elephant Share Your Advice or ask questions on our Forum

I grow up elephant garlic every year. very big cloves.i was looking giant red Russian garlic for grow in my yard.where can i get it good one. | Ranjit - Surrey, BC 17-Aug-2016