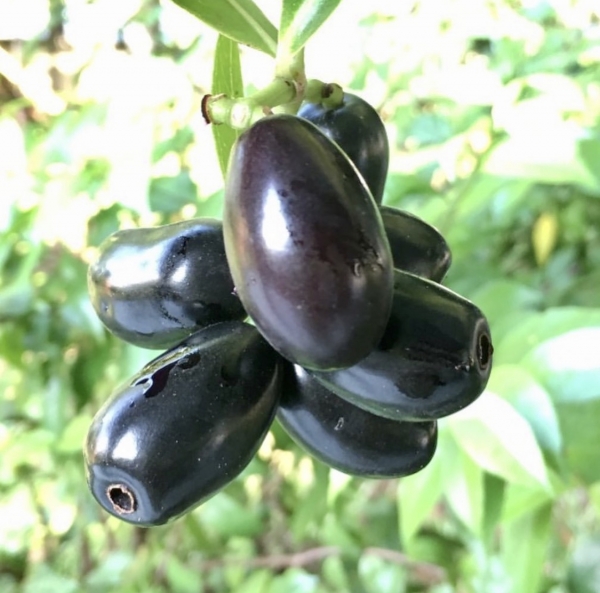 Frost sensitive when young but once established is hardy to most conditions. It can tolerate strong winds and can be used as a windbreak tree. It can also tolerate prolonged flooding and dry periods. It is limited to fruit production in tropical regions in elevations from sea level to 600m above sea level. Given such conditions it fruits prolifically. The fruit can be eaten fresh or used in making Pies, Sauces, Jams and Juices. While native to India, Burma and Ceylon, it is now widespread across much of Asia and is also very popular in much of South America. Carries many common names including Java plum, Portuguese plum, Malabar plum, Black plum, Purple plum, Damson plum and Indian blackberry. It is a fast growing very attractive tree highly esteemed by Buddhists throughout Asia and often planted near Hindu temples. It naturalized across Hawaii and has some weed potential in tropical regions, due to seed dispersal by birds. 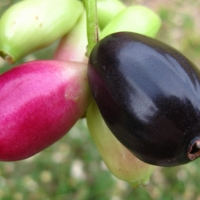 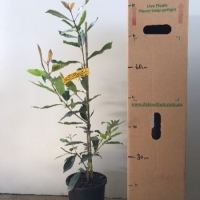 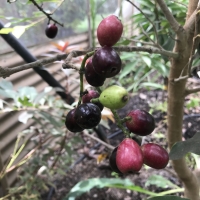 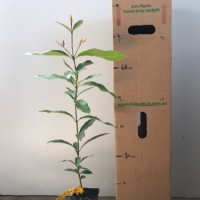 Tree Information on growing, planting, pruning, maintenance, ripening, taste, pick or bonsai tips. But mainly how to grow a Jambolan Plum Share Your Advice or ask questions on our Forum

Jambolan Plum (Jamun as it is known in India) has several applications in Ayurveda (traditional Indian medicine). It is of benefit to diabetic patients. It can be preserved with salt and taken for digestive problems and mild food poisoning. | Prashant Prakash - Sydney, NSW 11-Jan-2007

There are four large trees that fruit well at USQ in Toowoomba, which get light- moderate frost. | Monkeyboy - Toowoomba, QLD 27-Mar-2007

Hi Monkeyboy, Seeds of JAMBOLAN PLUM, fondly known as the ‘jamun’ is rich in anti-diabetic properties. Jamuns contain hydrolysable tannins, anthocyanins, and ellagic acid – all of which are known to lower both blood and urine sugar levels considerably to treat Diabetes. (This Information is only for educational purposes) Dear Monkeyboy, Would you please specify the exact locations of Java Plum trees in University of Southern Queensland. Regards | Ranjha Kom - Melbourne, VIC 04-Aug-2014

As a kid , growing up in Natal, South Africa , we had numerous trees in our farm. The common name used for this fruit in Natal is MADONI. There was a bush variety also which grew near small creeks. We called this bush madoni. The fruit is much sweeter. | Sid Vallaydam - Sydney, NSW 14-May-2015

I am growing one for last 4 years. Melbourne's temperate climate doesn't seem to bother it, it is about 2m high now. But no flower yet. | Rizvi Aboobucker - Hoppers Crossing, VIC 17-Jun-2015

I have 3 Jamun trees 4 years old, 3-4 meter tall and very healthy. No flowers so far. I had 250gms Jamun 7 in number / very big in size like Golf ball. I eat the jamuns and brought 7 seeds and all seeds were germinated. I am waiting for the fruits to get | Satish GARG - Cheltenham , NSW 07-Jun-2019