These are some of the more common Herbs that are grown throughout Australian Backyards. 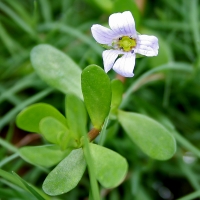 Heirloom hardneck variety of garlic that produces plump bulbs of excellant rich flavoured cloves early in the season. Performs very well in the Subtropics. Medium heat and a strong flavour make this a favourite variety to grow by home gardeners. The cloves have purple streaks and are surrounded by a thick outer layers of purplish-white papery wrappers. Plant in late March to harvest in September. 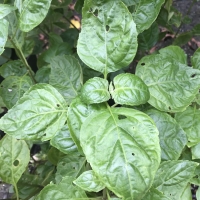 Malayan Patchouli is a small perennial shrub to 1m. Flowers and growing tips are distinctly fragrant. Frost tender, plant in warm sunny position where it receives plenty of moisture. Leaves used to repel insects in clothes. Oil used in perfumery. 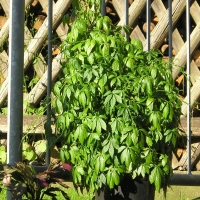 Commonly used in herbal medicine where it is prepared as a herbal tea.in the mountain regions of southern China and northern Vietnam it is known as the immortality herb as the people of this region who consume it regularly have a history of unusual longevity. A climbing vine native to China and south east Asia. Plants are dioecious, meaning they are either male or female and one of each will be required for seed set. Grow as an annual and harvest in the summer. The name Jiaogulan is Chinese for twisting vine orchid. 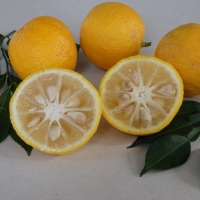 Native to China, the Yuzu has been used and cultivated in this region for thousands of years. The fruit is tart, resembling a grapefruit with mandarin overtones. It is rarely eaten as a fresh fruit but is used to makes sauces, preserves and a popular yuzu vinegar. In Korea thinly sliced fruits are combined with sugar and honey to make a thick marmalade like syrup. Yuzu kosho is a spicy Japanese sauce made from green or ripe yellow yuzu zest, chillis and salt. The yuzu is more cold tolerant than most other citrus, being able to tolerate to -5 degrees 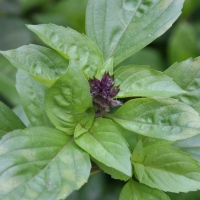 Has a spicy, fragrant aroma and flavor. Cinnamon basil is an easy-to-grow herb. It requires six to eight hours of bright sunlight per day. Cinnamon basil has somewhat narrow, slightly serrated, dark green, shiny leaves with reddish-purple veins, which can resemble certain types of mint, and produces small, pink flowers. Cinnamon basil is used in teas and baked goods such as cookies and pies. It is also used in pastas, salads, jellies, and vinegar.

Native to the wetlands of Asia, it is used as a culinary vegetable and as a medicinal herb. Gotu Kola is an aquatic plant so will require regular water when growing away from a wetland environment. 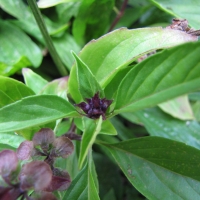 A type of sweet basil native to Southeast Asia that has been cultivated to provide distinctive traits. Its flavor is more stable under high or extended cooking temperatures than that of sweet basil. Thai basil exhibits small, narrow leaves and purple stems, with a mauve flower. 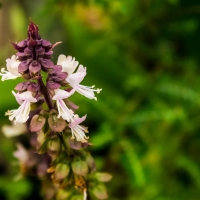 Slender green leaves, hairy purplish stem, musky and slightly mint scent, often grown in houses, gardens and near temples in India, said to be a tonic aiding digestion, use in salads.

Liquorice is easy to grow, but does prefer full sun and well drained soils. This hardy plant develops a spreading habit, with an extensive branching root system so give it 1-3 meters of space. The roots are brown, straight and wrinkled, with yellow inside. Once settled, the plants are hardy and will tolerate dry conditions. Roots can be harvested at any time of the year, but may take 2-3 years to reach a worth while size of 1-5 cm. The flowering plant, zinnia is popular as a companion to liquorice due to its insect attracting qualities. It helps attract pollinators and deters predators. Sinc 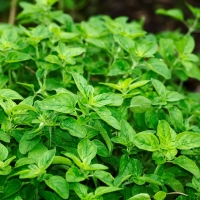 This popular herb is particularly used widely in Greek and Italian cuisines. Its leaves have characteristic aromatic, warm and slightly bitter taste. The intensity varies; however, good quality oregano is so strong that it almost numbs the tongue. Oregano is a wonderful perennial culinary as well as medicinal herb 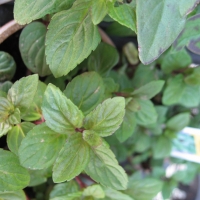 Chocolate Mint is a medium growing mint reaching up to 60cm tall, with a spreading nature up to 60cm. The large ovate leaves are a dark bronze-green, with deep reddish-purple stems. The lilac-purple flowers appear in summer and open from the bottom of the false whorl, progressing to the top of the inflorescence. The aroma and flavour are open to interpretation. Some people describe the taste as like peppermint with chocolate undertones, while others cannot detect the chocolate flavour at all. The parent plant is Peppermint, so this is the main flavour with the chocolate being a novelty. 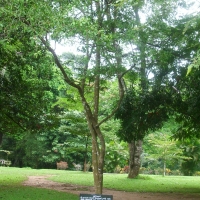 Medium-sized hemiparasitic trees that attach themselves to the root system of nearby plants from which they extract water and minerals. Pinto Peanut and Acacia are suitable hosts as they are a legume and hence a natural nitrogen source. Keep Acacias pruned so they dont over take growth of Sandalwood. Used in the production of sandalwood oil, trees are harvested from 8 years and the entire tree is used for oil production including the roots and stump. The production of sandalwood in India and Nepal is strictly controlled by the government who owns all the trees, however illegal harvesting and 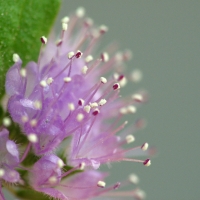 Traditionally used as a culinary herb and folk remedy. Pennyroyal is a relative of mint and has a strong fragrance similar to spearmint. The oil is used in aromatherapy. Caution - Pennyroyal is highly toxic and the oil is extremely poisonous. It should be used with caution.

Tree Information on growing, planting, pruning, maintenance, ripening, taste, pick or bonsai tips. But mainly how to grow a All General Herb Plants Share Your Advice or ask questions on our Forum