Quinces are highly valued for their aromatic flavour and high pectin content which makes them ideal for preserving with apples or pears. 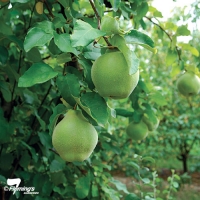 Large, golden yellow, pear shaped fruit with a mild flavour. Excellent when preserved. The flesh becomes a beautiful dark red when cooked and the conserve, quince jelly, is one of the best. A very hardy small tree that thrives and bears well. 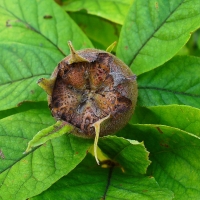 An old cultivar that produces large fruit to 6cm on a small, elegant, slightly weeping tree. The best variety for making jams and jellies, but also acceptable eaten fresh. Blooms in late spring with large flowers resembling single white roses. Fruit is eaten when soft, generally after a frost and has a mild flavour similar to a pear. Self - fertile. 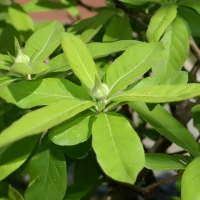 Smaller fruit than Dutch, but considered the best flavoured medlar for fresh eating. A pretty ornamental tree. Blooms in late spring with large flowers resembling single white roses. Fruit is eaten when soft, generally after a frost and has a mild flavour similar to a pear. Self - fertile. 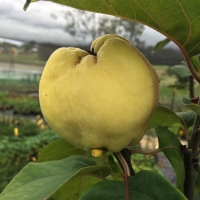 The quince is valued for its high pectin content and is used frequently in jams, jellies and cosmetics. This fruit is one of the few that must be cooked as it is too tart, hard and unpalatable to eat raw. The quince tree has been cultivated by people for thousands of years. Originating from Turkey and Iran this is a fruit with a fascinating history, it features strongly in the history and mythology of both Greece and Rome. Trees are very long lived and have a beautiful, gnarly twisted appearance, they are exceptionally hardy and can withstand both periods of dry and severe cold. Smyrna - A